The McGehee family has a number of connections to Southern history, heritage, and culture. This page includes some of those connections.

Judge John Charles McGehee was the leader of the effort for Florida to secede from the union, becoming the third state to do so. His connection to our family goes back to one of the children of Thomas MackGehee (who signed his name “Thomas MackGehee, formerly James Macgregor of the auld contrie”) . Thomas MackGehee was the start of the McGehee family in America. The genealogy records have three possible links, but they all connect to Thomas MackGehee, so it is just a question of which branch connects our family to this great Southern patriot. 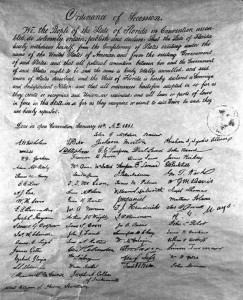 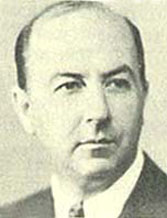 Stark Young was an acclaimed Southern writer. He was one of the “Twelve Southerners” who published the book, I’ll Take My Stand. This book defined the Southern Agrarian Movement and was at the center of the “Lost Cause” view of the War for Southern Independence. He also wrote the novel So Red The Rose, which was later made into a movie by Paramount Pictures in 1935 (4 years before Gone With The Wind). The McGehee family plays an important role in the novel, So Red The Rose, but only a minor mention in the movie version (in the movie, it is a McGehee that gallops up to the house on his horse with news of the war and to urge the men to join the Confederate forces).

Frank Lawrence Owsley was an influential Southern writer, and another of the “Twelve Southerners” who wrote I’ll Take My Stand; his section was titled The Irrepressible Conflict. He was the son of Lawrence Monroe Owsley and Annie Scott McGehee. He was born on the McGehee farm near Montgomery, Alabama.

Though he remained a southern chauvinist, Owsley’s career as a writer fell into three fairly defined periods. Throughout the first phase–bounded by his States Rights and the Confederacy in 1925 and King Cotton Diplomacy in 1931–he warned that Southern defeat in 1865 and the South’s continued subjugation in his own time resulted from internal divisions. He argued that throughout the Civil War white Southerners responded with enthusiasm to the crisis and won most of the military engagements, but in the end suffered defeat when their sacrifices were undermined by wrong-thinking domestic policies.

The second phase of Owsley’s career began in 1930 and climaxed in 1940. Throughout this decade he campaigned against forces that he believed threatened southern culture: neo-abolitionist historians and northern industrialists, Communists, southern liberals, and blacks. He, along with eleven other Southerner intellectuals, collaborated to produce I’ll Take My Stand (1930), dedicating it to the support of “a Southern way of life against . . . the American or prevailing way.” Owsley’s essay, “The Irrepressible Conflict,” condemned northern abolitionists and industrialists as hypocrites and Pharisees who campaigned to impose their corrupt culture upon an agrarian South. In one of his more controversial articles–“Scottsboro, the Third Crusade,” published in the American Review of June 1933–Owsley castigated the defenders of nine alleged Negro rapists in Alabama as neo-abolitionists interfering with southern justice. These latter-day reformers, he proclaimed, fostered racial tension, promoted anarchy, and created fertile ground for the twentieth-century cancer of communism. In 1940 he delivered his presidential address before the Southern Historical Association–“The Fundamental Cause of the Civil War: Egocentric Sectionalism.” Once again he scourged the North, branding its politicians and publicists as aggressors forcing the South out of the Union in 1861.

Owsley commenced the third phase of his intellectual endeavors in 1936 by focusing on a project to present his idealized image of the Old South; it culminated in his classic work Plain Folk of the Old South (1949). He, his wife, and a coterie of graduate students gleaned archives to prove that the Old South was more a democracy supported by small farmers than an oligarchy dominated by powerful aristocracy. He pioneered the use of the United States Census as a valuable historical resource and documented from it that across the South small farmers resided in close association with the large planters. He overlooked, however, the censuses’ economic data that showed the aristocrats’ overwhelming economic domination; and he relied upon elite sources–county and local histories and the autobiographies of lawyers, physicians, and preachers–to portray the social fellowship of yeoman and planter. “The Southern folk . . . were a closely knit people,” he thus concluded. “They were not class conscious in a Marxian sense, for with rare exception they did not regard the planters and men of wealth as their oppressors.”
(source)

In addition to his work on I’ll Take My Stand, he also wrote Plain Folk of the Old South. 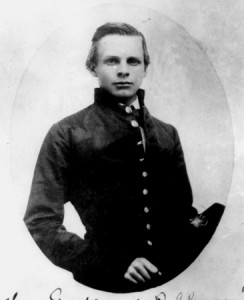 The name Pelham is well known in our family. John Pelham’s mother was Martha Mumford McGehee. Our common ancestor is Colonel William McGehee (1771 – 1852) and he was a first cousin once removed to Clarence Clay McGehee.

John Pelham was known as The Gallant Pelham, and several books by that name have been written. He was known as a brilliant and fearless artilleryman where he served in JEB Stuart’s Horse Artillery. It is said that German Field Marshall Erwin Rommel studied Pelham’s tactics. 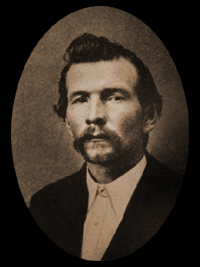 William Pelham McGehee is the father of Clarence Clay McGehee, and served in the Confederate Army under the Washington Artillery. He was captured at the Battle of Petersburg and spent the remainder of the war in the prison camp at Point Lookout, Maryland. 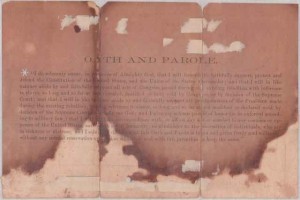 Military Order of The Stars and Bars – Membership in the Military Order of the Stars & Bars is limited to male descendants, either lineal or collateral, of the officers who served honorably in the Army, Navy and other commands of the Confederate States of America and male descendants of the elected and appointed civilian officials of the Confederate States; the national Confederate Government; and the Five Civilized Tribes which allied with the Confederacy. Ancestral documentation must accompany all applications for membership. Stephen Clay McGehee is a staff officer in the MOS&B.

United Daughters of The Confederacy – Membership is open to women no less than 16 years of age who are blood descendants, lineal or collateral, of men and women who served honorably in the Army, Navy or Civil Service of the Confederate States of America, or gave Material Aid to the Cause.